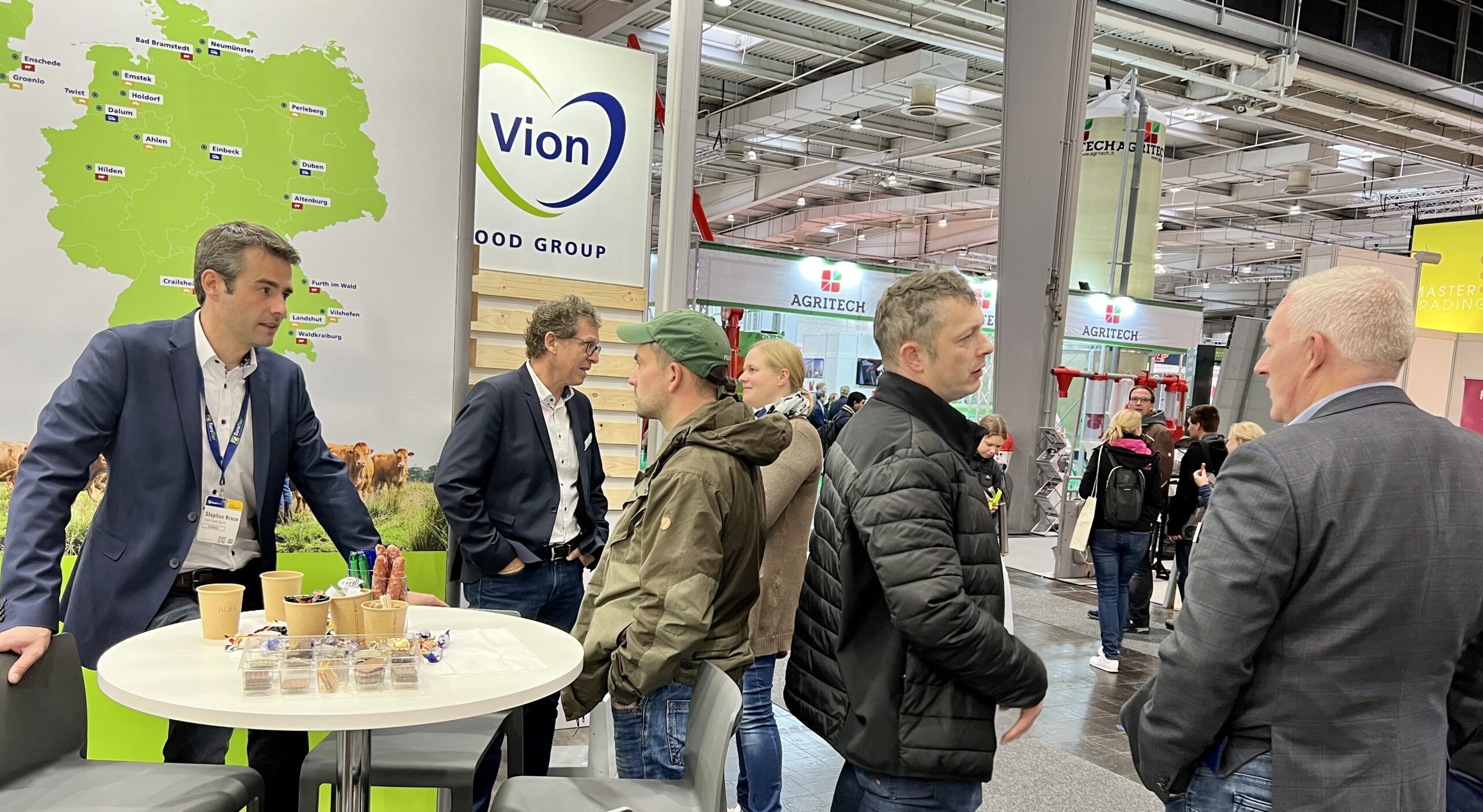 Last week, EuroTier was able to welcome back visitors for the first time since 2018. The four-day trade fair for livestock farming and management is the world’s largest. And Vion Food Group’s participation was a resounding success. No matter whether farmers were looking to speak to our colleagues from Vion Farming, Der Grüne Weg or Vion Zucht- und Nutzvieh – our stand at the trade fair was overwhelmed with visitors from Tuesday morning to late Friday afternoon.

“In-depth conversations with long-standing partners as well as a large wave of new contacts above all demonstrated that after the distance imposed by Covid, farmers really want to speak to you. And Vion is one of the most important contacts for green issues as agriculture and the meat industry face up to similar challenges,” says Dr Stephan Kruse, Business Development Director Farming in Germany. “It became clear that our farmers urgently expect a clear commitment to the future of livestock farming in Germany, but also from our federal government. The unanimous tenor was that, with regard to ‘Transforming Animal Farming’ – the motto of this year’s fair – a time was once again missed.”

Extensive to-do lists
Many trade visitors took EuroTier as a welcome invitation to speak with Der Grüne Weg, one of the most experienced and largest organic meat producers in Europe. “Yet again, around twenty-five per cent of trade fair visitors came from the Netherlands. I’m especially pleased that my notebook was mostly filled with promising German contacts and concrete items for my to-do list over the next few days as early as halfway through the trade fair,” says Daan Tomesen, project manager Livestock at Der Grüne Weg.

Dr Holger Looft and Stefan Frerichs, the managing directors of Vion Zucht- und Nutzvieh, were also well-received by the agricultural side. The Vion subsidiary’s takeover of the long-standing Hausner company had been announced just days before the trade fair. “The partners we spoke to from southern Germany were especially impressed that we were able to take over the reins when one of the largest livestock traders active in a region with strong ties to the industry – in this case in Saxony and Bavaria – announced that it wanted to leave its business in good hands,” says Holger Looft.