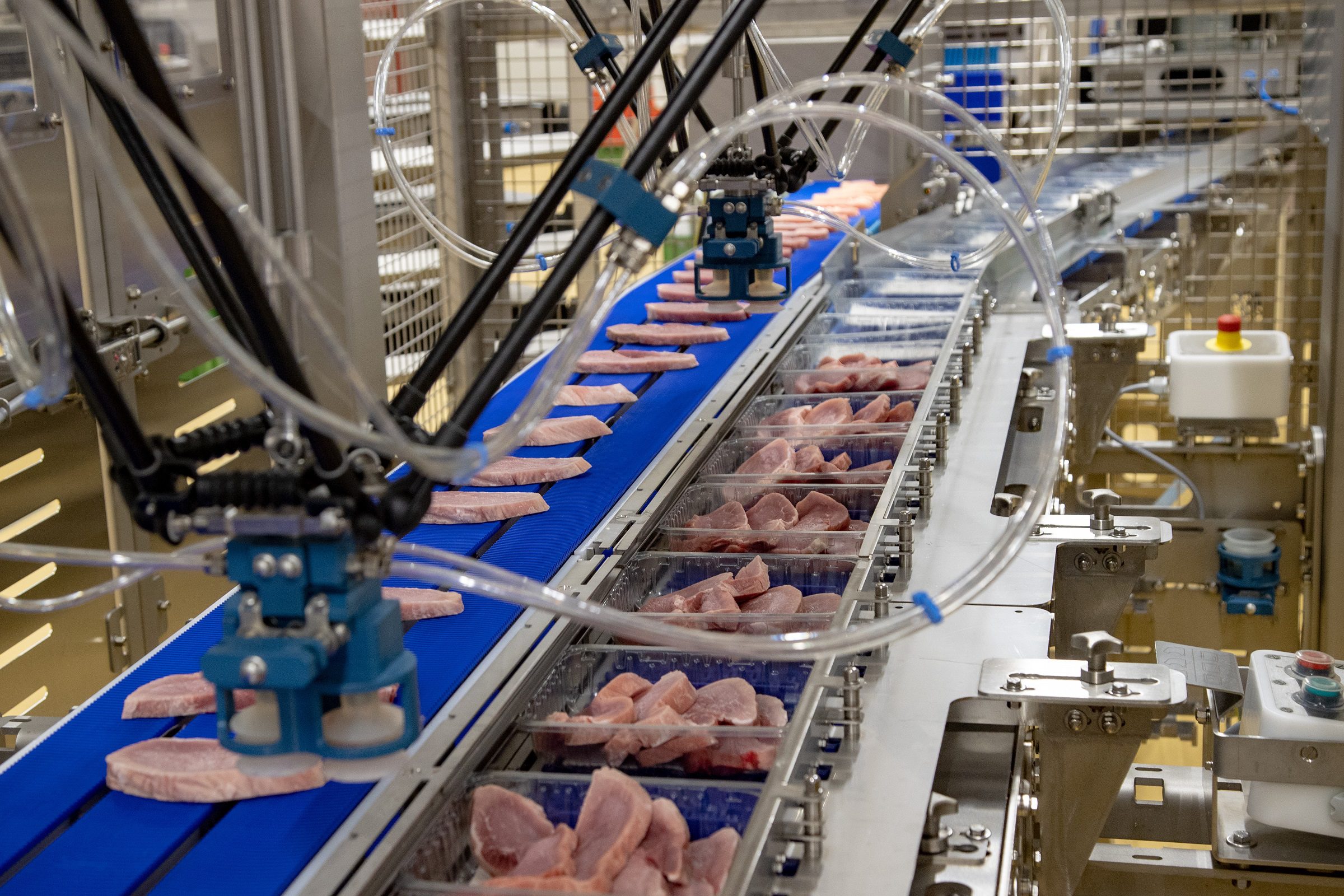 Vion Food Group is on the highway to the new states of Germany – with tens of millions in investment and expansion of its site in Thuringia.

Vion Food Group has long supported the trend towards greater regionalism among consumers and food retailers, with previous investment worth almost 50 million euros and the expansion of production capacity at its Altenburg site beginning in 2020, and this support is set to continue.

The delivery of fresh shelf-ready beef and pork products from a single supplier (including organic) meets the increasing demand from regional food retail programmes with a reduced carbon footprint and improved animal welfare due to shorter transport times.

“Integrating regional farmers into our short sustainable supply chains concept with this investment enables Vion to secure our joint future as the most important regional beef and pork supplier in eastern Germany,” says Vion Beef Director David De Camp. “That’s why we are very pleased to have decided to invest two years ago. We are all living in difficult times. But our continual investment represents a clear commitment not only to the region and the security of our operations in Thuringia and Brandenburg, but also to the cattle and pig farmers in the area surrounding our sites in Altenburg and Perleberg.”

A close partnership with food retailers

The expansion of Vion’s activities in eastern Germany is consistent with its strategy of building balanced supply chains for the meats sold by the largest German food retailers. At the same time, the company is able to meet the demand of dedicated food retail partners for more local and regional products in the new states of Germany.

“Our strong position in eastern Germany, experience of regional cooperation elsewhere, and our demand-driven supply chain strategy makes us one of the strongest food retail partners in the new states of Germany,” explains Philippe Thomas, COO Retail at Vion. The expansion of production capacity for processed and packaged fresh meat at Vion’s Altenburg site makes it an important linchpin between production and retail.

“Vion is dedicated to continual product development and innovation and focusses on taste and user-friendliness when it comes to the retail range,” Philippe Thomas continues. “Consumers just want a constant supply of tasty products that can be prepared in no time. That’s why we are developing the perfect solutions,” says the Retail Director. Examples include a wide range of oven products, premade ingredients, and barbecue meat which Vion offers under both premium and basic labels. From August, Vion will support this portfolio with its operations in Altenburg, enabling it to supply regional customers with fresh products and cutting out the middleman.

Five of these machines equipped with innovative technology such as automated packaging, high-speed portioning, precision dicing and high-performance mincing will be commissioned in Altenburg. Four of the lines will increase future production capacity at the Grossostheim site.