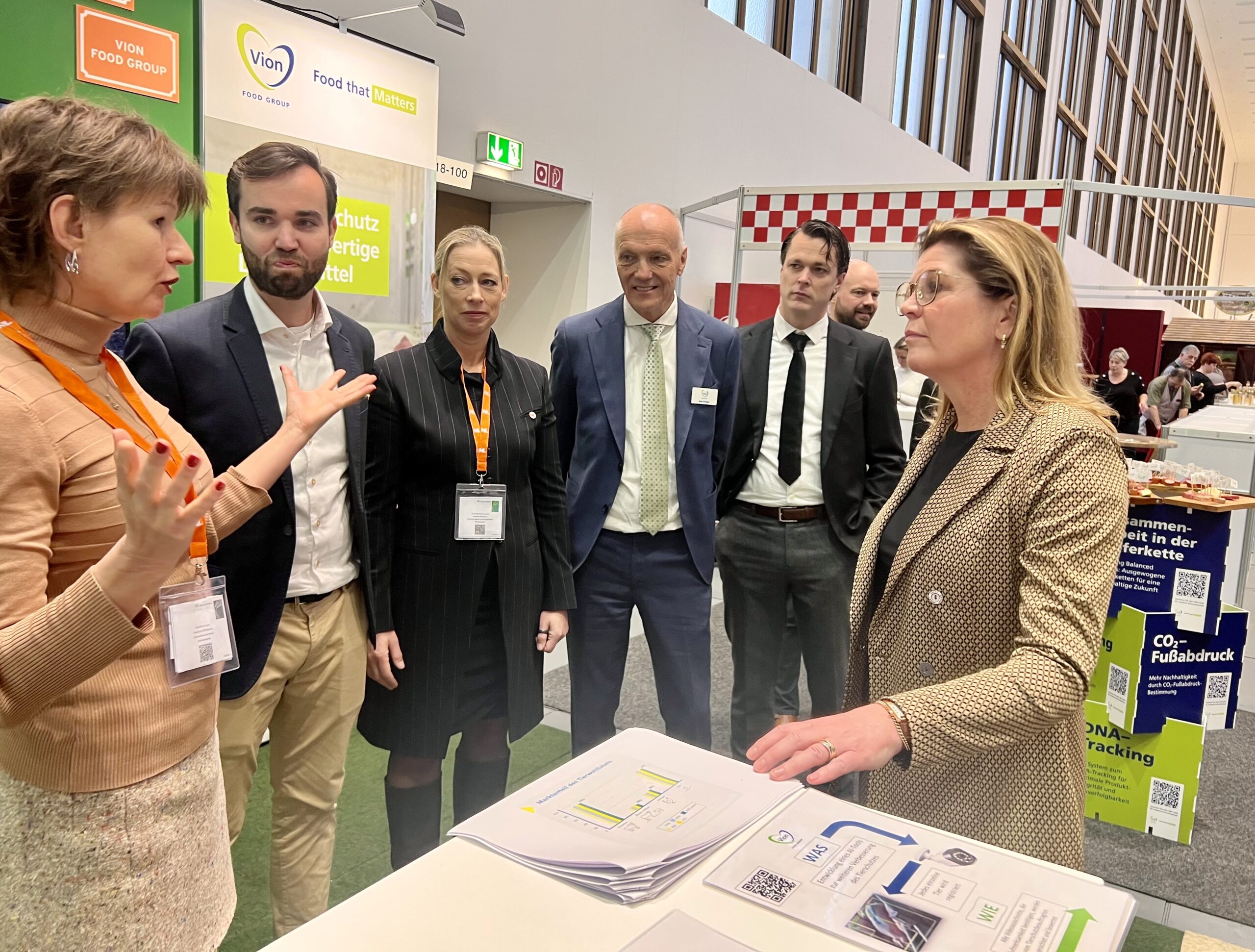 Berlin, 20 January 2023 – Today the international Grüne Woche in Berlin opened. For the next week, Berlin will be the meeting point for the international agriculture and agri-food sector. After the opening, Dutch Minister Christianne van der Wal saw a presentation of a monitoring tool with smart camera technology developed by the Dutch Society for the Protection of Animals, Deloitte, Eyes on Animals and Vion. This new monitoring tool uses Artificial Intelligence. It monitors human-animal interaction at abattoirs. The cameras continuously record all images and they are analysed by the software.

The video software developed uses artificial intelligence to monitor how animals are treated. The system detects movements of people, animals and objects and their interaction. Video clips that (potentially) deviate from Vion’s protocol regarding animal welfare are automatically selected by the system’s algorithm. These video clips are made available for assessment via a dashboard. This enables Vion’s animal welfare officers to apply corrective measures based on the video clips. Importantly, an established selection and assessment framework is used. The starting point for feeding the algorithm is Vion’s Animal Welfare Protocol. This works better than spot-checking, which has been done up to now, because there is a strong chance of missing precisely the image that matters.

Vion has installed this smart camera system in its abattoirs in the Netherlands and Germany from 2021. The Dutch government is working on a bill for camera surveillance in abattoirs.