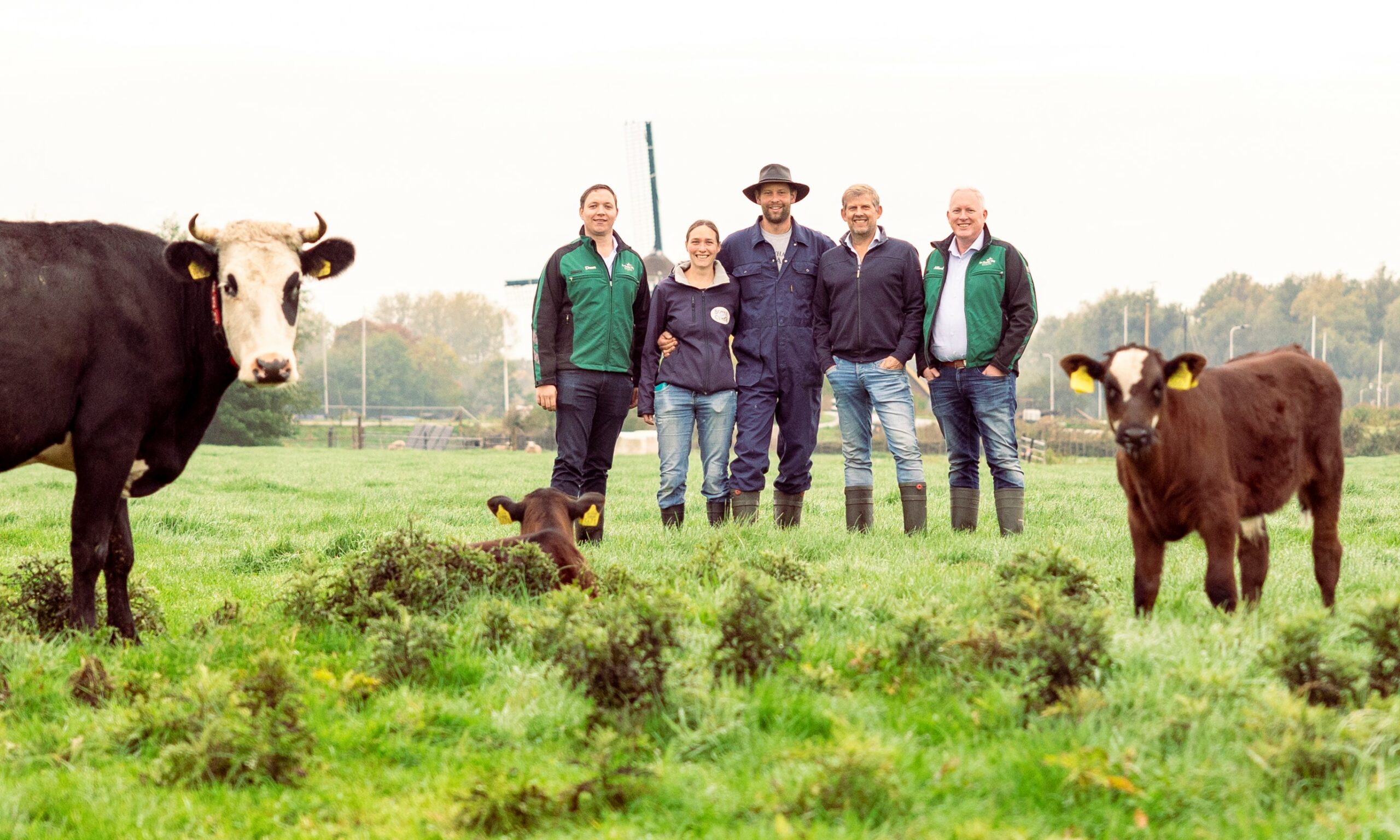 Barely a month after starting to build an organic beef supply chain, De Groene Weg has taken the next step in the process. The calves born at the Mul family’s organic dairy farm are not only allowed to grow organically at the Van den Brink livestock farm; they are also allowed to spend the first three months of their lives growing up with their own mother in the pasture. Not only do consumers attach great value to allowing calves to stay with their mothers longer, there also are more and more studies that show that these calves develop greater resistance. The meat from these animals will be purchased by De Groene Weg.

Calves with their own mother
De Groene Weg previously made it known that about 10% of organic calves are also raised organically. The other 90% are sold on the regular market. De Groene Weg believes that there is room for improvement in this respect and has started building a Dutch organic beef supply chain. In doing so, the company meets a need among many organic dairy farmers. Organic dairy farmers Gerard and Mieke Mul from Boterhuys Farm in Warmond are going one step further. Their calves are allowed to stay with their mothers for the first three months of their lives. Gerard: “We think it is important to work as naturally as possible. That is why we now allow calves to stay with their own mother for the first three months, until they no longer need her milk. This also means that bull calves are allowed to stay with their mothers.”

Uplifting stories
Some of these bull calves are then allowed to grow up organically with Erik Jan van den Brink. Erik-Jan: “We are committed to projects that put a smile on your face. We enjoy telling these uplifting stories in organic specialty shops, including De Groene Weg butchers. Gerard and Mieke Mul’s initiative is one of those stories that gives you a good feeling, so it suits us perfectly. In time, we want to buy more land so that we can buy more calves from Gerard.” The calves will stay at the Van den Brink farm for two and a half years before being purchased by De Groene Weg. The organic beef will be available at De Groene Weg’s organic butchers’ shops, among other places.

Conscious choice of meat
Allard Bakker, De Groene Weg director: “We are proud to be part of this ‘calf with cow’ project and eventually sell this meat in one of our organic butchers’ shops. Our customers know they can come to us for a conscious choice of meat; meat with a good story. Meat from Dutch cattle that are able to stay with their mothers for a longer period of time directly addresses a desire for animal welfare and regionality. For us, it shows that meat consciousness really is a feasible option.”