Vion Innovations presented at the PLMA 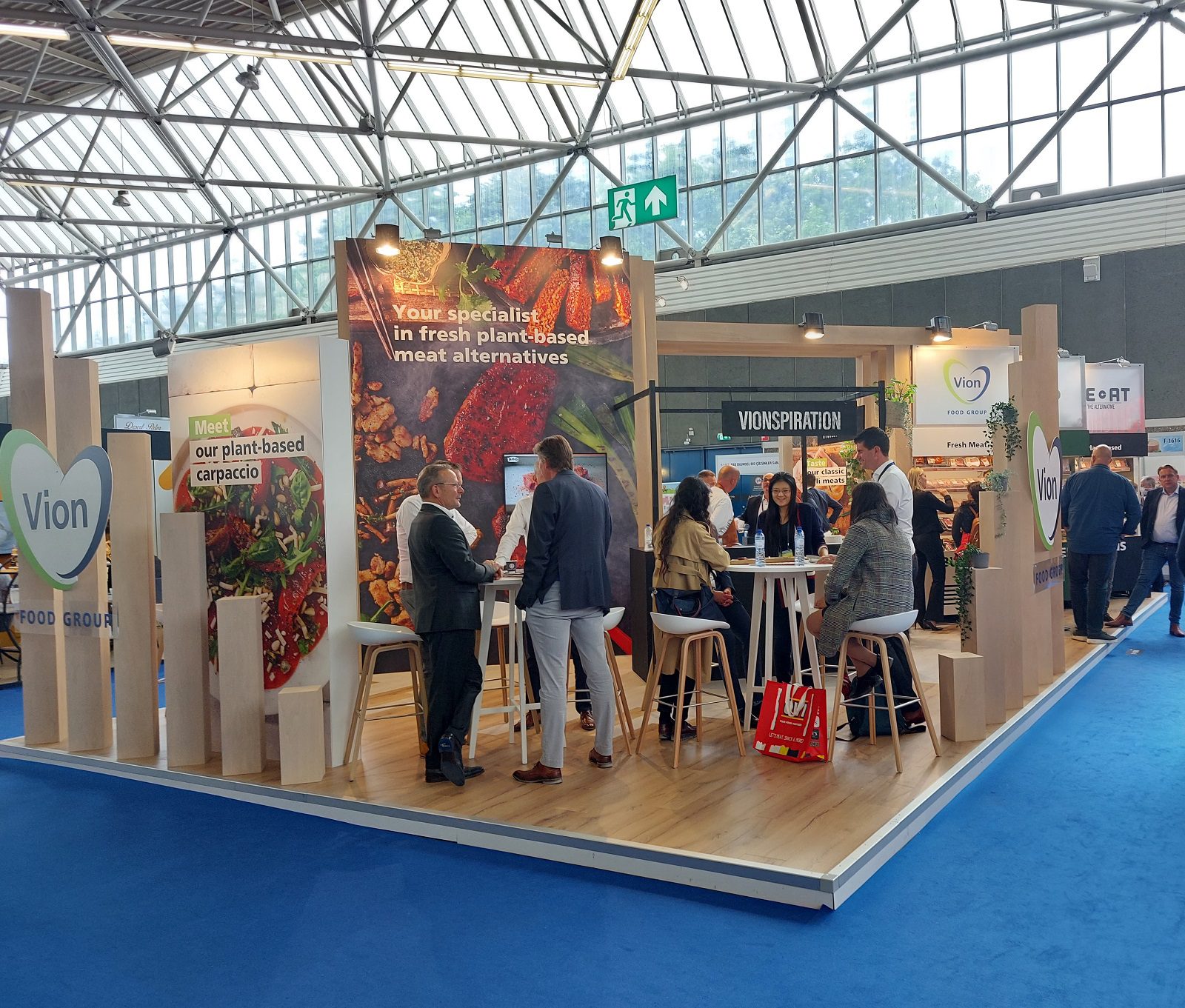 Great attention was paid to the new products of the Dutch-German food producer in the meat, processed meat and plant-based alternatives.

From processed meat to meat spreads, plant-based alternatives to meat parts – this year’s PLMA with 14,000 buyers from 120 countries was the perfect stage for Vion Food Group to showcase its latest product innovations this week. For two days, the RAI Exhibition Centre in Amsterdam staged the world’s largest branded trade fair, organised by the Private Label Manufacturers Association. Visitors to the Vion stand in Hall 8 were particularly interested in the products and concepts which performed well in terms of sustainability, health, convenience and a creativity.

It’s not just vegans and vegetarians; among the flexitarians, increasing numbers are turning to plant-based meats. According to Philippe Thomas, COO Retail at Vion, “that’s one of the many reasons why alternative food products were a top trend at the trade fair.”

The Vion subsidiary ME-AT the alternative successfully used its platform at the fair to present its vegan beef and fish burgers, which are rated Nutri-Score A with less salt, less saturated fat, and a high protein and fibre content. The products are also fortified with vitamin B12 and iron. Another vegan highlight: carpaccio that is 100% plant-based, with no added sugar and tastes just like beef carpaccio.

A further long-term trade fair trend: organic products. Here, Vion was able to present visitors with products that included two innovations from its subsidiary Encebe Vleeswaren. The organic salami is impressive, not only thanks to its fine texture, firm bite and a hint of garlic, but also due to its unique beechwood-smoked aroma. The cooked and smoked organic ham tastes delicate, and is ideal in sandwiches or pasta dishes.

It’s always time for a barbecue

Vion presented half a dozen innovations from its BBQ Star premium grill range – from côte de boeuf with a dry BBQ rub, to T-bone steak with salt, pepper and mixed seasoning, and rib-eye steak with Jamaican seasoning. It was not just the special seasoning mix that made the products impressive. The new, more recyclable “flat boards” packaging, which gives the products a premium look, was also praised.

According to Philippe Thomas, there was another reason for the record number of visitors and new contacts that Vion attracted to its stand: “Buyers from food retailers know that our product developers can convert individual requirements into specific taste experiences, quickly and at any time. We then produce these custom innovations exclusively for our partners. This offer is increasingly being taken up by those in the booming private label market.”