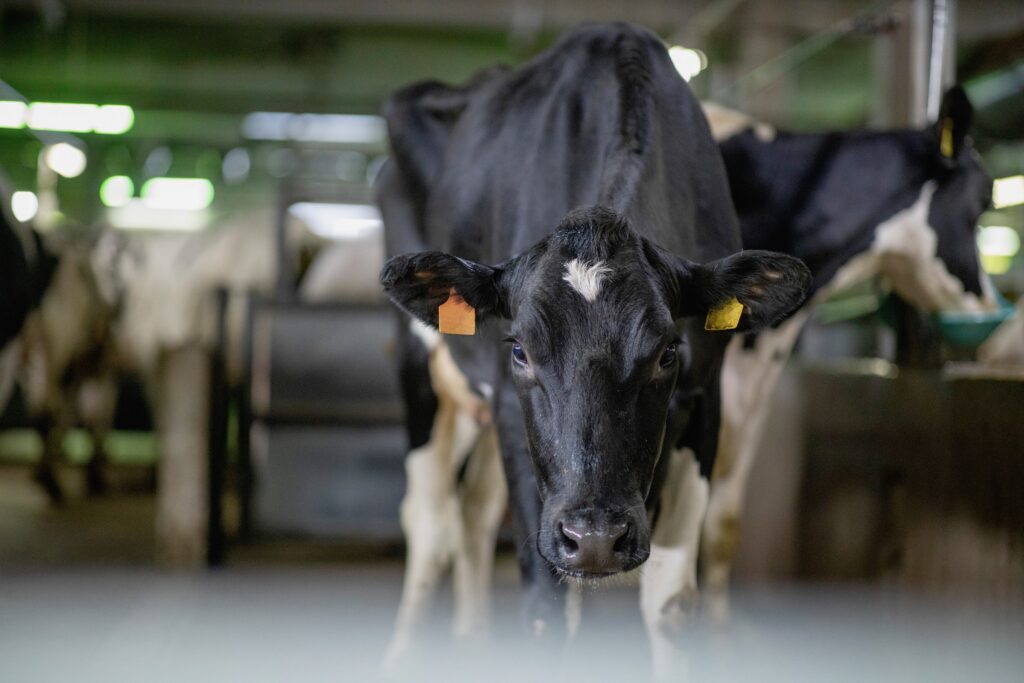 Vion is the first company in the sector to implement virtual “cow glasses” to train its employees and optimise the layout of barns.

Altenburg/Echem, 21 December 2021 – Recently Vion installed a new cattle slaughterline at their location in Altenburg in Thuringia. The company first rebuilt all the areas which involve working with live animals. Amongst others, the barn was redesigned according to the latest animal welfare expertise. “The new barn encourages cows to move forwards independently, utilising the herd instinct of the animals,” explains veterinarian Dr. Veronika Weber, Group Quality Manager at Vion.

For the first time Vion used virtual “cow glasses” in the adjustment of the barn, a development from the Agricultural Education Centre (LBZ) in Echem in Lower Saxony. The virtual “cow glasses” software (C.O.M. Wetzlar) simulates what cows see through their eyes. What a cow sees is depicted on the screen of the glasses, and therefore enables the user to experience how animals see their surroundings.

„Cow eyes have almost 330° all-round vision, but can only see ten per cent of their visual field in front of them in focus. Outside of this range, their visual acuity is only 30 per cent of the human eye. Cows also perceive contrast in much greater extremes and take longer than humans to get used to changes in brightness”, says Dr. Veronika Weber.

“This ‘vision’ helps to ensure that animal welfare remains a priority when designing and redesigning abattoirs and can lead to the right goals in a quantifiable way”, says Project Leader Benito Weise from LBZ Echem, who developed the virtual glasses together with an expert team.

“The structural changes to the building in Altenburg will make operations much calmer for cattle”, confirms Dr. Veronika Weber. David De Camp, COO Beef at Vion says: “the purpose of using the ‘cow glasses’ is to reduce stress and thus increase animal welfare. The fact that the virtual glasses have already helped us to integrate animal welfare in the design and redesign of an abattoir demonstrates how Vion is leading the sector in implementing innovative technologies”. This is why Vion will also implement the innovative developments of the LZB in cattle abattoirs to further educate and raise awareness among its employees and animal welfare representatives.